The marijuana buzz: ResponsibleOhio, rival plans vie for popular support, starting on the ballot in November 2015

THIS November, Ohio voters will very likely get the chance to decide whether the Buckeye State will join the rapidly growing list of U.S. states providing legal protections to the growth, distribution, sale, and consumption of marijuana. Twenty-three states have already legalized medical marijuana, while four states and the District of Columbia also have some form of legalization for “recreational,” or personal use.

But, hold on–don’t go running to get your incense and tie-die supplies out of the corner closet just yet. There are still some choices Ohio voters will have to make about how they want to move forward with marijuana legalization, before this issue can be decided by popular support.

The most talked-about plan in Ohio right now–and the one that has by far the highest (ha.. ha) chance of making it to the ballot this fall–is the proposal submitted by the group ResponsibleOhio. The frontrunner in terms of planning, funding, and feasibility, it’s no wonder ResponsibleOhio’s plan is running with a target on its back. Currently, there is only one other legalization proposal with even the possibility of 2015 ballot contention–and that’s the one that structured much of its amendment proposal using the exact same language as ResponsibleOhio’s.

Background: Months after ResponsibleOhio got their measure approved for the ballot, a campaign called Better for Ohio submitted its proposal, and also received Ballot Board approval. Responsible for collecting the same number of signatures (305,000) before July 1, it is very unlikely this plan will actually make it to the ballot in 2015. Additionally, there are a few other initiatives out there aiming to move Ohio forward toward some form of lifted marijuana prohibition; but right now they’re all talk, no juice to take their plans to fruition.

Meanwhile, if you’re just an Ohio voter like me who’s looking to understand what actual options are on the table for this issue, the social media storm cloud surrounding ResponsibleOhio’s particular brand of legalization is probably not the best place for you to start clearing through the rubble of misconceptions. Having substantive, evidence-based knowledge of ResponsibleOhio or the other plans being proposed is not a requisite for being taken seriously in the public dialogue. Still, people hold nothing back when sharing their thoughts and feelings about the most-likely-to-succeed ballot initiative in the Twitterverse.

On the negative side, buzzwords like “cartel” and “monopoly”–widely circulated and promoted by the plan’s opposition–get thrown around A LOT. Go figure.

i can not stress enough how bad @ResponsibleOH is for Ohio.. cartel, money focused and won’t give a damn about patients. vote no, please.

I love how these "heads" so hyped to spend their paychecks on mass-produced warehouse weed brought to you by a monopoly. smh #noobies

Then there are the tweets that are just… well, made-up, to say the least.

Anyone else enjoying the silence? .@ResponsibleOH has been dark since allegations hit. #Corruption #SexScandal #Responsibleohio

Then, there are the cannabis activists who are ready and eager to make legalization a reality at the nearest possible date.

Please make sure you're registered to vote over at the easy tool on http://t.co/6XRhivsIzL and, if not, please register and for Yes! 🙂

Also, a word from the presently stoned…

Dude man this dude was telling this girl that god told him to move to Ohio. God tells me to smoke weed .

Then, of course, there’s this piece of constructive criticism, reminding us that some people really do have too much time on their hands.

"We at ResponsibleOh think turds are what Ohioans want to eat, even Nick agrees!" pic.twitter.com/Z3qMkCkJqV

All this craziness abounds partially because there are quite a few paths to legalization being presented and proposed to the people of the State of Ohio. While ResponsibleOhio’s plan is without a doubt the most fiscally sound and politically viable, it’s easy to hate a frontrunner and root for an underdog. The problem with that mentality, in this case, for people who just want to see Ohio become the next Colorado of the Midwest, is that all the negative attention may actually lead to a loss. Our opportunity to get out front on the Green Rush could just pass us by.

Maybe, the complexities of ResponsibleOhio’s plan just take more time to understand, and that’s why there is so much negative buzz surrounding it. That, coupled with the confusion of there being a few additional proposals that would legalize marijuana in Ohio, but that have not actually applied for–or been approved for–a spot on the ballot. Among these alternatives are some plans that are just downright odd.

Here’s a breakdown of the top proposals.

This campaign was the first to be approved by Ohio’s Attorney General, and the likeliest to appear on the ballot this November. For starters, a name with “responsible” in the title could bum out some of the less politically engaged, pro-legalization crowd. That said, it is aptly named for the structure it gives to the legal marijuana industry, should it pass in November.

This plan creates ten initial grow sites responsible for cultivating the plants, extracting the tetrahydrocannabinol (THC) and cannabinoids (CBD), and providing a consistent, regulated product to the thousands of independent manufacturers and retailers that would be emerging across the state. From these 10 sites–or the more than 10 that may be established by the Marijuana Control Commission after the market starts growing–the pot will first be sent to one of at least five marijuana testing facilities to be located near Ohio colleges and universities, for the product to be evaluated for safety and strength before moving through the supply chain. After that, the weed will move to one of three places: not-for-profit medical dispensaries, where patients can purchase medical marijuana at the lowest wholesale price; marijuana product manufacturing facilities, where edibles and weed-infused products are produced; or to retail stores, where a diversity of products may be sold to customers 21 or older. Ohioans will also be able to grow up to four plants at home in a secure location for personal use.

In order for this or any plan to work, there needs to be a regulatory structure in place that ensures customers and patients have a voice, and can provide checks and balances to the industry. That’s where the Marijuana Control Commission comes in. It might have a scary-sounding name, but the commission is funded by a flat tax on growers, and all its funds will legally have to be directed toward the “reasonable and necessary” operating costs of medical marijuana dispensaries, addiction prevention and treatment services, university and not-for-profit research on marijuana and infused products in Ohio, low-cost medical marijuana to patients who cannot afford their medication, and operating costs.

If the ResponsibleOhio measure passes in 2015, it will then refocus on a new ballot initiative for 2016, called the Fresh Start Initiative, to appropriately review sentences and expunge records for people who are or have been charged and imprisoned for marijuana-related charges that would be made lawful under ResponsibleOhio’s amendment.

More than 1,100 business licenses would become available to start-ups that want to compete in the new Ohio marijuana industry. New business owners entering the marketplace will be able to access an “opportunity fund” of $50 million, pooled together by the investors in the ResponsibleOhio initiative, for small business loans, as banks still will not grant loans for businesses that lack a stable, legal structure on the federal level.

Better for Ohio – the Legalize Marijuana and Hemp in Ohio Initiative:

The main difference between this plan and Responsible Ohio’s is the number of grow sites it allows. This plan allows for 40 sites (10 “large” and 30 “small”), at which owners can grow pot for both medical and recreational use. But, determining who gets to run a grow site gets a little odd…

If you want to become a grow site owner, under this plan, you just need to send a quick $120,000 to the campaign, and email your phone number to BetterForOhio@gmail.com. Ed–yes, Ed–will get back to you with instructions on how to get a specially marked $100 bill that might get chosen later, presumably raffle-style. That said, there is no specific plan yet about how Better for Ohio will choose which $100 note serial numbers given to campaign donors will be randomly selected for the opportunity to own a small grow site.

WHAT? Yes. That’s the plan.

Better for Ohio (LMAHIO) is the only other measure that has been approved for the November 2015 ballot. Under this initiative, up to 1 oz. of marijuana or its equivalent in infused products would be legal for personal use of Ohioans over the age of 21. For people from states where marijuana is still illegal, the amendment offered by Better for Ohio will only allow for up to ¼ oz. of marijuana for purchase. A bit of a wrench being thrown into potential tourist revenue with that one, I would think.

The LMAHIO would also establish a Marijuana Control Commission to license and regulate retail stores, dispensaries, growers, manufacturers, testing facilities, and caregivers (who can legally purchase medical marijuana on behalf of patients).

For the large grow sites that would become legal under this proposal, the process of becoming an owner is even less clear. According to the website: “For the moment, the 10 large facility notes are reserved for the RO [Responsible Ohio] investor groups because once our initiative gets on the ballot, Once [sic] on the ballot, there is no way RO’s initiative can get more votes than ours.”

This group, fighting for “comprehensive, common sense marijuana policy in Ohio” submitted their Amendment to the Ohio Attorney General, but it was struck down for having too many “inconsistencies” with itself on May 21st. It will not appear on the ballot in November 2015.

This proposed amendment would provide the right to use cannabis to people “who have a debilitating medical condition and meet eligibility requirements,” and does not seek to legalize marijuana for otherwise personal use. It has not been submitted to the Ohio Attorney General for 2015 ballot approval. 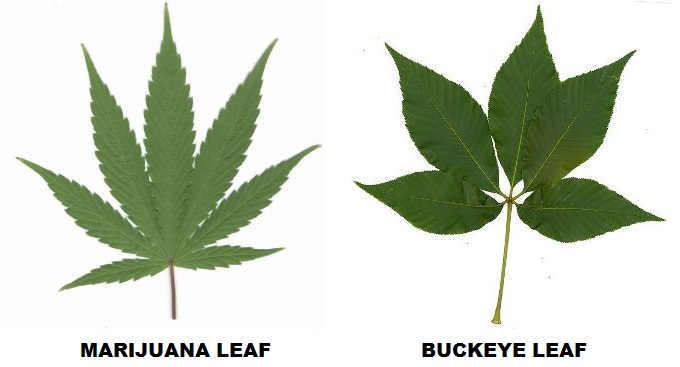 Honestly, I could keep writing, paragraph after paragraph, summarizing what seems to be a never-ending litany of counter-proposals, reacting to the one proposal that ignited a real hope behind this movement in the first place.

When you break it down, there two very simple and important questions to ask of any proposal:

1. Will it create a safe and economically viable industry post-marijuana prohibition and decriminalization?

It’s actually as simple as that. I promise.

They’re grandmas… They’re trying some marijuana… They’re enjoying it… So, what’s the problem?