15 times across American History that the confederate flag made us feel gross, embarrassed of fellow Americans

1. When the flag was used by the Confederacy as a battle flag in the Civil War.

Okay, this first one is obvious… Confederate politician William Porcher Miles designed the rebel flag. It was inspired by the flag created at the South Carolina secession convention–the first state to secede from the Union in protest against the abolition of slavery. Miles referred to slavery as a “Divine Institution.” His flag was designed to embody the movement they were fighting for.

In his hometown of Greenville, Alabama, a young Forrest Gump gets chased by rock-throwing bullies calling him “stupid.” Thankfully, he has Jenny there to shout her iconic line that will follow him all the way through his successful college football career: “Run, Forrest, run!”

Following desegregation, at the very beginning of the Civil Rights era, the State of Georgia decided, totally coincidentally, to change its official state flag to include the Rebel flag. The Georgia Senate concluded in 2000 that this move, “was entirely devoted to passing legislation that would preserve segregation and white supremacy.” Thankfully, that flag was amended in 2001.

Perfect for any rebel without a cause–or without an eye for interior design. You should have some serious mistrust of anyone who purchases this. Unless it’s a joke. Even then, it’s only kind of funny.

5. The Bombings of Black Churches and Establishments Following Desegregation 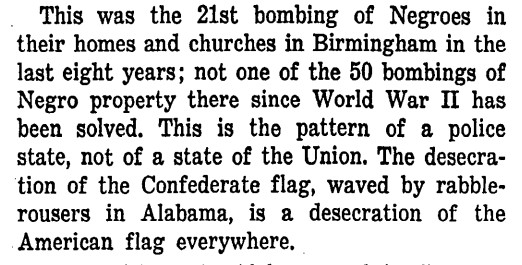 This snippet from a New York Times article talks about the senseless violence and murders committed against Black Americans, most of which were done with the “stars and bars” emblem of Southern confederate pride.

6. When A Pregnant Nancy Had to Squeeze into A Car Window on Weeds

After Andy bought “General Lee” (aka this car) with his inheritance money, Nancy, who was at the time fleeing from her mob-boss husband who possibly wanted to kill her, had to squeeze through the window of this ridiculous vehicle. True to the Dukes of Hazzard, the doors were welded shut! 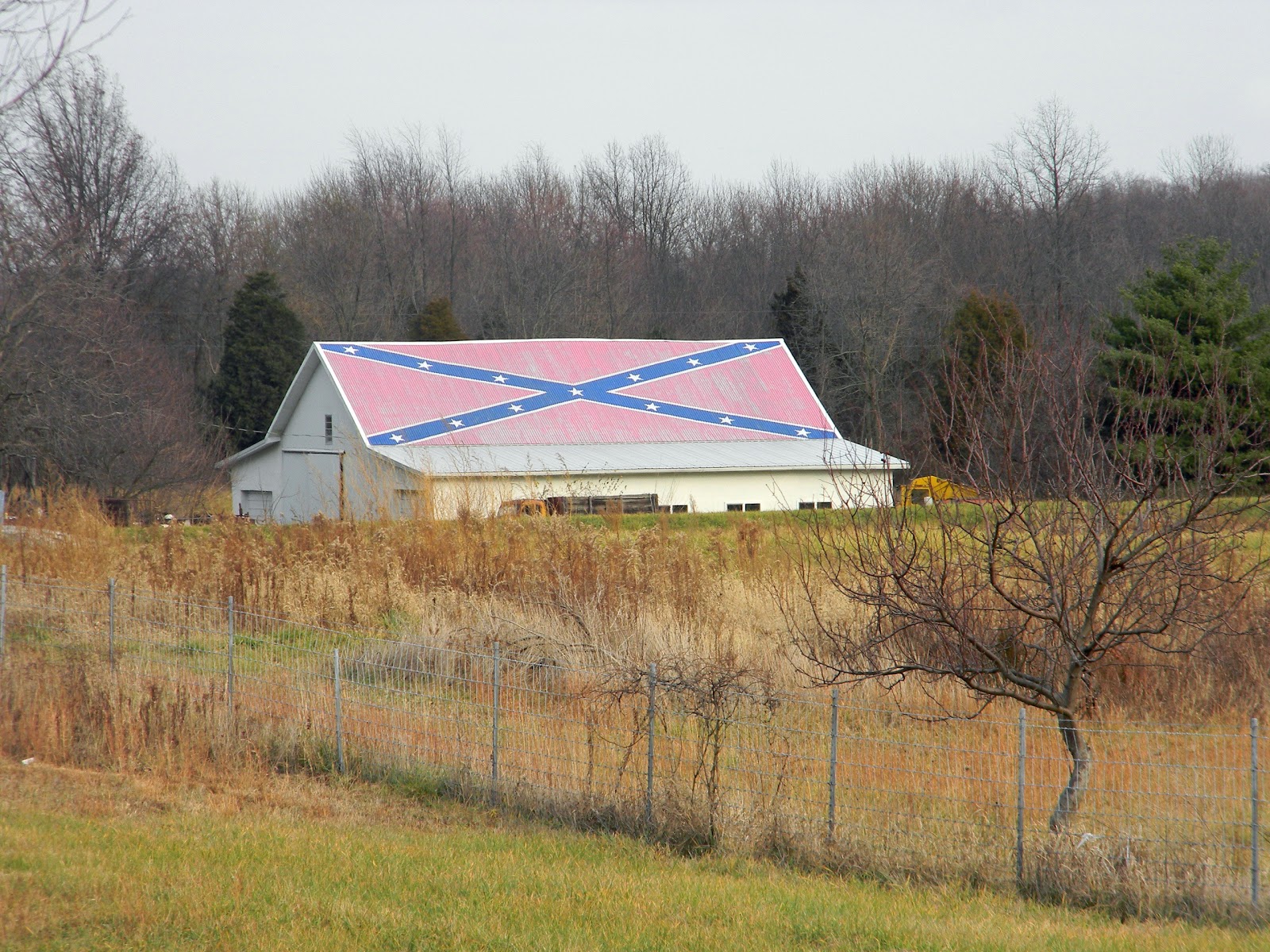 Anyone who’s driven down I-71 in Ohio has probably seen this confusing ode to the South. It’s slightly funny that the owner appears to be unaware of his current geographic location in terms of the Union-Confederacy border; but the humor pretty much ends at the burned cross he also keeps on his property…

Art is subjective, but pretty much everything he does is terrible. Protesters gathered and threw rocks and eggs at Autherine Lucy, the University of Alabama’s first Black student, who was able to enter the school following the Brown v. Board of Education ruling that started desegregation. Here, protesters are burning the state’s integration literature after her first day of class.

10. The Dukes of Hazzard Remake

This film, featuring Johnny Knoxville and Jessica Simpson, was really quite terrible. Remember Jessica’s remake of “These Boots Are Made for Walking?” If you’ve never heard it, don’t look it up. You’re lucky. 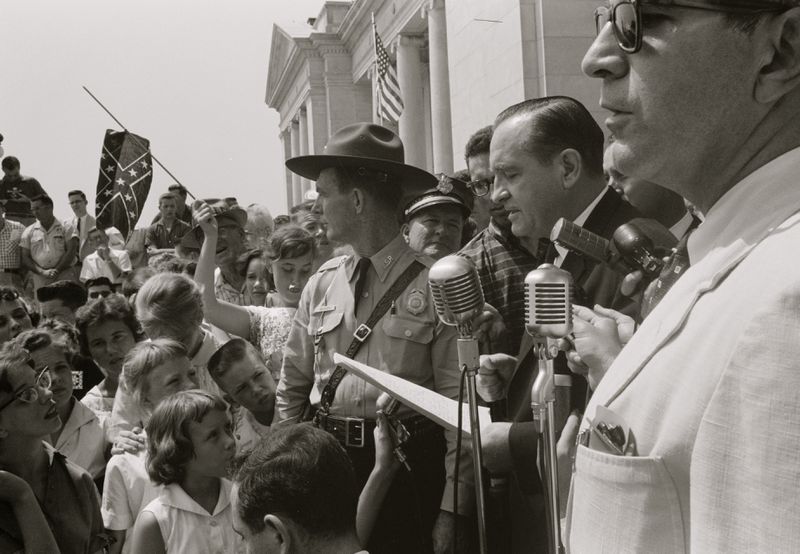 Starting in 1948, Southerners who opposed racial integration adopted the Confederate battle flag as an anti-Truman, anti-equality banner. The flag even made its way up north to rallies held against President Truman, and against racial equality across the nation. One of the Dixiecrat successes during the mid-20th Century was Mississippi’s adoption of the rebel flag on their state flag, where it still sits today. Other states still have Confederate flags flying over their capitols, over certain monuments, or on license plates, including South Carolina, Alabama, Georgia, South Carolina, Tennessee, and Virginia. [update: the South Carolina General Assembly voted on July 9th to remove the flag from statehouse grounds]

This song sparked wide debate from all corners of the internet and television media. It tried to promote equality with lyrics like: “If you don’t judge my gold chains, I’ll forget the iron chains,” but it mostly succeeded in making people extremely uncomfortable.

While the KKK has its own special flag, the southern cross makes cameos at most committee meetings and cross burnings.

In June 2015, white supremacist Dylan Roof murdered 9 people inside a historically Black church. He sat with them through bible study, then killed the members of the congregation. A victim of this horrific shooting, South Carolina State Senator Clementa Pinckney’s body lay in State at the South Carolina Capitol, while the Confederate flag continued to fly overhead.